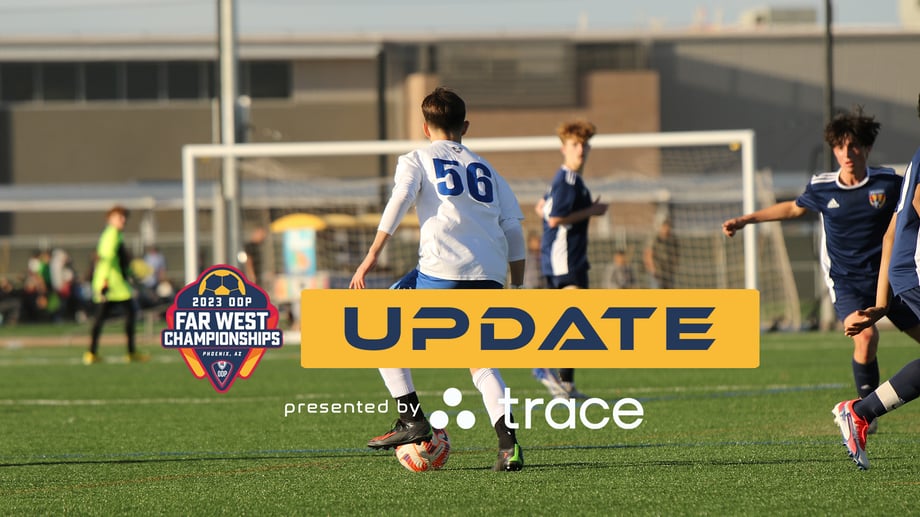 The 2008 Boys are scheduled to play at 1:00 PM MST against Washington. In group play they got two wins and a draw, beating Colorado and Arizona and splitting points with Utah. They could potentially see Utah again in the final, as that state moved on from the group as well and will be playing Nevada in the other semifinal.

The 2010 Girls have outscored their opponents in group play 11-2. They managed to get two wins against New Mexico and Colorado, and tied against California foe in their first game, Cal South. They drew Washington in the semifinal, meanwhile Hawaii and the already mentioned Cal South will square off in the other semifinal.

The third team that has secured their place in semifinals is the 2006 Girls. This group of girls went undefeated in group play beating Oregon, Colorado and Utah. They count with a strong attack, having outscored their opponents 12-2. The competition will only get stronger as the tournament progresses, where they drew Cal South for their semifinal game. The other semifinal will be decided between Utah and Utah SU.

The only team that could potentially move on directly to the Championship game is the 2008 Girls. The 2008 Girls division was split into two brackets of five states, where all states in each of their brackets play against each other. The top team from each bracket then plays in the Championship match. With three wins so far, the Cal North 2008 Girls team is squaring off against Cal South in their final group stage match. Cal South is also 3 for 3 and is sitting with 9 points on top of Bracket B based on a +5 goal differential compared to Cal North. A win is the only result that would give our 2008 Girls their ticket to the Championship match on Monday.

Schedules are subject to change*** All kick-off times are MST