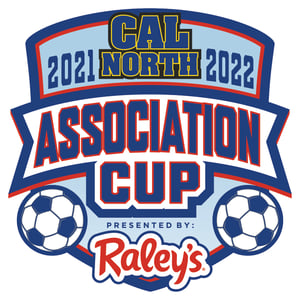 Teams that played in a Cal North or other US Soccer approved fall playing league at the silver level or below may apply to participate in this tournament. Approved playing leagues are leagues affiliated through US Soccer, including but not limited to CCSL, NorCal Premier League, as well as Cal North District Playing Leagues. The Association Cup hosts brackets in the U13, U14, U15, U16 and U19 age groups. Teams are considered for placement in brackets based on their eligibility and by application date until brackets are filled .

Find Out More About Association Cup

ALL Competitive teams in northern California, which competed at the lower silver, bronze, copper or higher recreational level in the fall. Cal North will accept non Cal North player passes at this event. If needed, Cal North can guide you through the registration process.

Cherry Island-Sacramento...Cal North reserves the right to change the event location due to factors out of its control.

March 21, 2022, or until brackets are filled, whichever comes first.

Brackets will be filled on a first-applied, first-accepted basis once an online registration and payment in full have been received at the Cal North office.