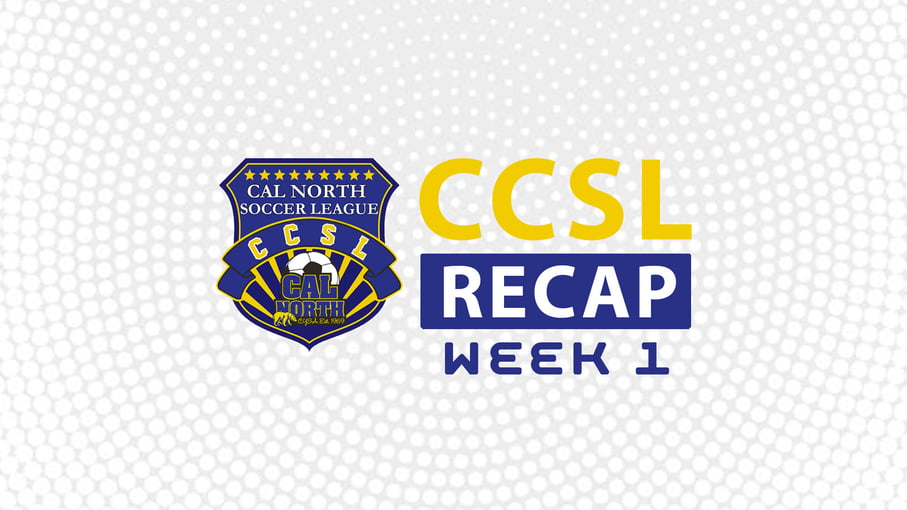 Sacramento, CA (August 31, 2022) - This past weekend Cal North's CCSL has officially kicked off! The Cal North Soccer League (CCSL) is Cal North’s premier league for youth competitive soccer. For over 50 years, the CCSL has been Northern California’s top level of competition in youth soccer. The league is for all of Cal North’s affiliated clubs and includes teams from U8 to U19 age groups.

Being that the first weekend of games happened, we unfortunately have not received any footage or nominations for Week 1 yet.  Please review the following as a reminder on how to submit nominations as we are excited to recognize the amazing talent we have at Cal North.

Cal North will recognize Best XI players at the conclusion of each season for the top tier divisions.

The Best XI players will be compiled based on the input of coaches following each league game, as coaches will select the top performers from their opponent. Coaches will submit their Best XI selections directly into GotSport in the same area in which they submit game scores and information. At the conclusion of each week, we will announce nominations from the past weekend.

This guide contains the steps on voting for Best XI. This should be done by the team coach after each game. Access to the team as coach is required.

GET FEATURED ON CAL NORTH'S SOCIALS

This year we are offering a chance to send footage during the CCSL Games of "Goals of the Week" and "Saves of the Week." We would like for all submissions to be submitted with the form below NO LATER THAN TUESDAY following the weekend's match. Cal North's Marketing team will post footage to our Instagram for voting on Thursday morning for 24 hours. After voting, the Goal/Save with the highest votes will be posted on Friday. We look forward to seeing all you all-stars in action!

We hope to see all your all-stars in action the next week!