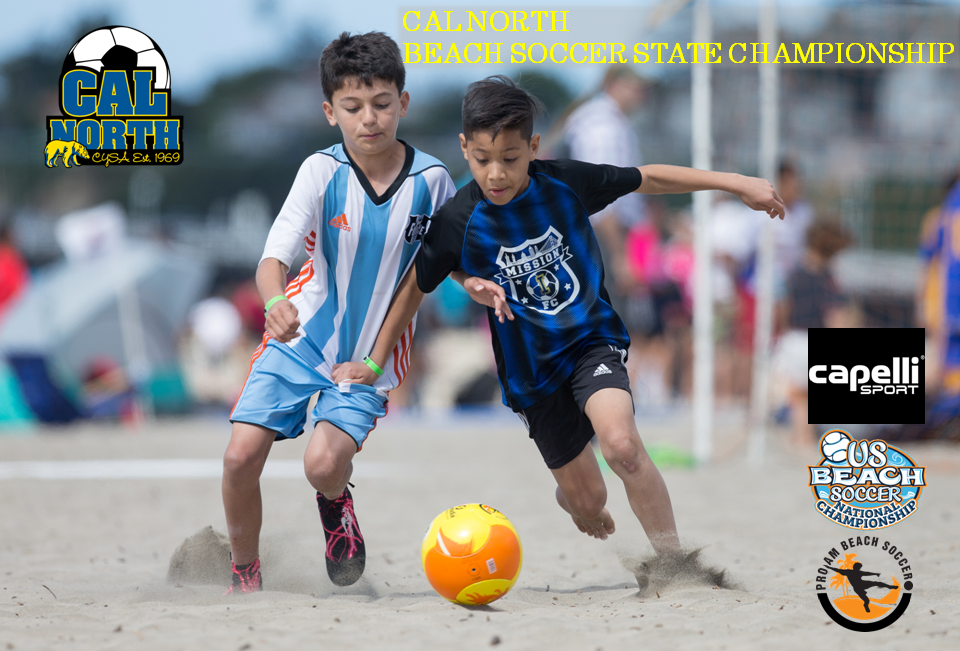 The State Association in cooperation with PABS will provide the first-ever Beach Soccer State Championship in the United States.

Cal North has partnered with Pro-Am Beach Soccer (PABS) to bring you the first-ever state association Beach Soccer State Cup in Northern California. The tournament will take place on a traditional tournament weekend when teams are free from their regular-season schedules on September 25 & 26, 2021. Any team, whether a member of Cal North or not, will be allowed to participate in this sanctioned event in age pure groups ranging from 9u-19u as well as Men’s Open, Women’s Open, and Adult Coed. This makes it a very unique offering not only because it’s beach soccer, but it will crown State Champions in all age groups.

State Associations in other states like Cal South, New Jersey, Illinois, and Wisconsin have sanctioned events for beach soccer in the past. But, this is the first time a state association governing body is actually hosting a beach event and crowning them Cal North State Champions much the same way they do with the grass.

“This is something that has been a long time coming in the U.S," said director of PABS Tighe O’Sullivan. "The sport is growing and the education and advantages of sand have become more known. Cal North is taking the initiative and setting a precedent which I am sure we will see expand nationally."

Cal North has been aware of PABS since its inception under a different name back in 2005 when they were vendors at the AGM & Equipment show. PABS continued to be present annually for several years and many of the organization has attended the events.

“This was an easy decision for us to make knowing the organization and wanting to give our members and beyond something different to compete in," said Cal North Technical Director Kevin Crow.

The event is tentatively set to take place in Santa Cruz along the famous boardwalk adored by so many.  For more information and to register today you can go to www.proambeachsoccer.net/calstatechamp.